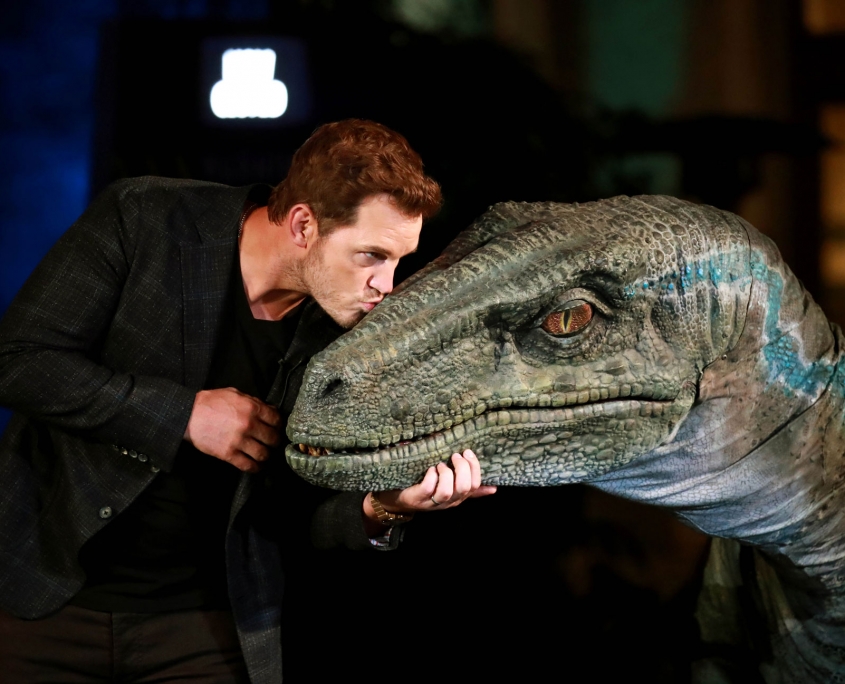 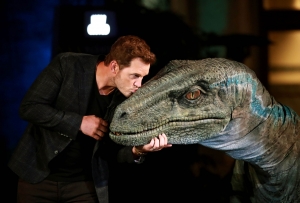 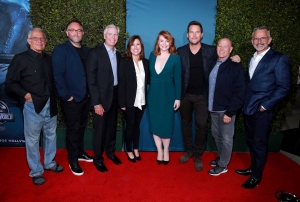 Jurassic World–The Ride” is NOW OPEN at Universal Studios Hollywood. The grand opening was attended by stars of the JURASSIC WORLD films, Chris Pratt and Bryce Dallas Howard along with the film’s Director/Screenwriter Colin Trevorrow and Producer Frank Marshall.

Leaping from the silver screen to the theme park, the ride will immerse guests into newly themed environments and breathe new life into dimensional animatronic dinosaurs, including some all-new fan favourites featured in the Jurassic World films.

The experience is further enhanced by the elaborately themed “Raptor Encounter,” where Blue, the beloved Velociraptor from the JURASSIC WORLD movies, engages with guests in daring face-to-face encounters, along with the addition of two new realistic dinosaurs – Baby Raptor with her handler and a life-like Triceratops.