Teresa Knox, the energetic and dedicated owner of the newly re-opened Church Studio in Tulsa – and long-time admirer of Leon Russell – is justifiably proud that “Our restoration of this historic Church Studio is designed primarily to celebrate the life and legacy of Leon Russell and his contribution to Tulsa – and the international music scene in which he was such a towering figure.” 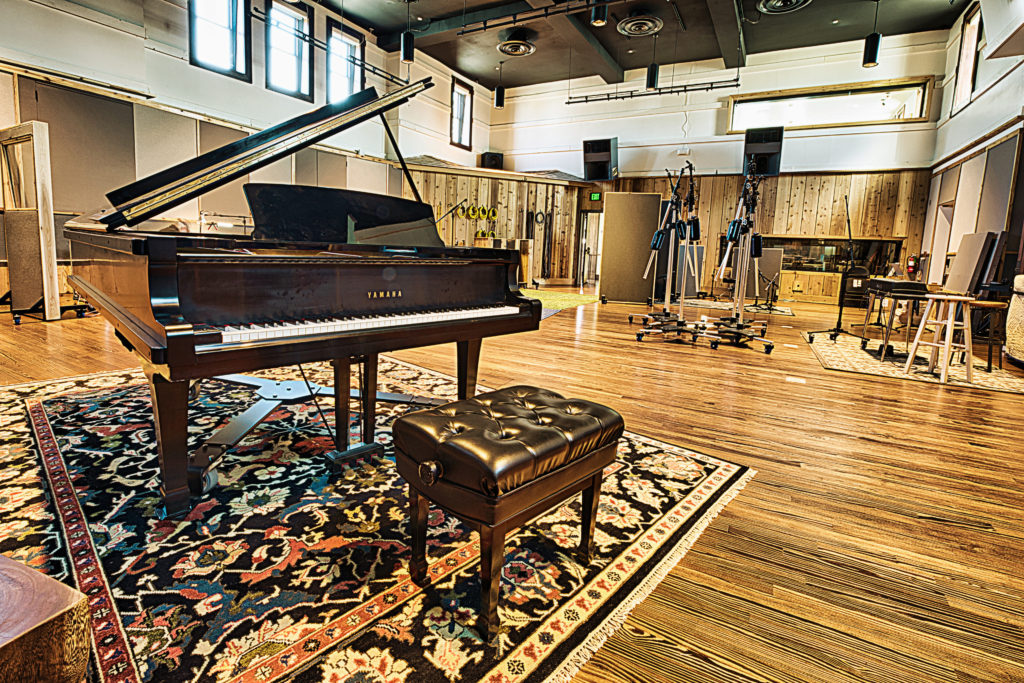 The former 1915 church was home to Shelter Records, an independent studio founded by legendary song-writer and musician Russell, and thriving between 1972 and 1976. Later stars such as Tom Petty, JJ Cale, Jimmy Buffett, Eric Clapton, Willie Nelson, Stevie Wonder, Kansas, and Peter Tosh came and recorded there.

Thanks to her initiative, not only does the Church itself now shine on in renewed splendour, but the modern extension is also architecturally striking. Everything has been carefully renovated and modernised, and brand new, technically well-equipped rooms – digital and original analogue recording studios, a concert stage, an event space, a bar and a museum with many pieces from Teresa’s own collection – complete the picture.

The building was included in the National Register of Historic Places in 2017, and now Teresa’s vision is for her labour of love to evolve into a place of creativity and encounter, as well as a state-of-the-art recording studio. She sees the Church Studio as a combination of event and concert venue, as a museum and memorial to Russell.

Surrounding the recording studio is the eclectic Studio Row District – a revitalized part of the fast-growing Pearl District.Teresa commissioned the exciting murals across from the Church, and she also envisioned the nearby record store – Studio Records, and the buildings that house Mango’s Cuban Cafe and Hummingbird Fine Craft – part of an artist co-op.